China: Not a place for experimentation 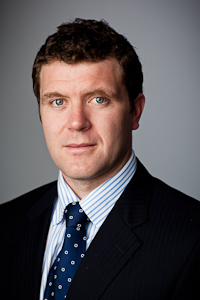 To operate in China individuals and businesses must focus on delivering what they are best at.

That’s according to CEO of Sanger Australia, James Campbell, who will speak on the fast-changing global marketplace at the Ag in the Asian Century Conference to be held in Toowoomba from 22-24 September.

Mr Campbell has recently returned to Australia following four years based in Shanghai as Head of Agribusiness, China for ANZ.

In order to be successful in China, Mr Campbell said businesses need to spend time determining what they are best at and how they can best deploy this.

“China is not a place for experimentation,” Mr Campbell said.

“Business in China demands a narrow focus and regular, if not permanent, presence.

“Despite common thought, there are a lot of similarities between doing business in China and elsewhere. China is evolving and reforming – beware of stereotypes.

“The market is highly dynamic and regular change on macro and micro levels are inevitable.”

Mr Campbell has a double degree in commerce and business administration from the University of Canberra, and prior to his roles in China, was involved with ANZ’s agribusiness portfolios in Queensland, NSW, the Northern Territory and Victoria.

Taking on the fast-changing global market place, Mr Campbell said Sanger’s relentless focus on their suppliers/producers and customers and seeking to achieve complete alignment between the two has been imperative.

Bringing his superior expertise to the table, during his presentation at the Conference Mr Campbell will define the areas of change in global markets, in particular emerging markets in Asia, with an emphasis on China and the impact of technology, urbanisation and the impact of changing consumer tastes for Australian products.

The conference will be held next week in Toowoomba ont 22-24 September at the Empire Theatre. Registrations are still open, to view the official program visit www.agintheasiancentury.com.au